A World of Music Warehouse with the Göteborg Opera

Behind the facade of logistics building DC2 in Gothenburg Park II in Torslanda, lies an unexpected industry. In this facility, Prologis proudly hosts a distinguished tenant: the Gothenburg opera house. The nearly 9,000 square meter warehouse and workshop solves logistics for the big opera company in central Gothenburg, where performances and rehearsals revolve constantly.

It all began two years ago when the Göteborg Opera was given abrupt notice on its previous warehouse—5,000 square meters filled to the brim with scenery, costumes and props from years of performances.

Håkan Jönsson, head of the facility management group, and Peter Strand, team leader for logistics, had key roles in the intensive search for a new space, which finally ended at Prologis’ new premises in Torslanda, Gothenburg Park II—with almost 9,000 square meters of open space and nearly 12 meters of clear height.

“It was the skylights that determined the decision,” says Jönsson and laughs. “Getting daylight was a big difference between the other premises that we had looked at, so it was an important component. But the decisive factor was surely the attitude of the Prologis’ team toward our needs. I can’t recall that we ever got a “no” to our ideas.”

“We can really say a lot of good things about Prologis’ team,” Strand adds. “They showed us in all possible ways they really wanted to have us and since then have been a fantastic sounding board for everything we have implemented.” 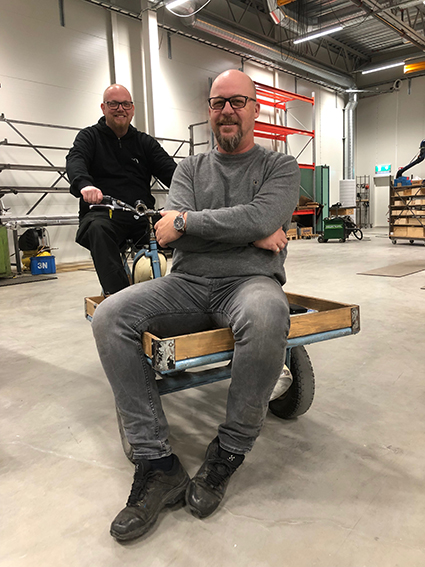 The premises were larger than planned, but today Jönsson and Strand are pleased they dared to venture into a bigger space. The lease is a 20-year agreement in order to protect the investments the Göteborg Opera is making inside the warehouse today.

“We saw the possibilities, but it has become better than we thought,” Strand explains. He also worked hard with building the logistical framework to ensure the inclination to save things doesn’t create future problems. “It’s a question of creating well thought-out routines and systems for what and how different things are to be stored, but also creating a good work environment and conditions to work efficiently.

“Today, an order that previously took a day to handle, only takes a few hours,” Strand continues. “We have great use for all of the loading bays, where we can load three trucks at the same time. It not only creates a better work environment, but also less stress.”

More Than a Warehouse

The premises are a both a storage and a complete workshop for everything necessary to create scenery for the opera house—painting, carpentry and a complete smithy that was built with its own ventilation inside the premises. The entire space has been planned, drawn and adapted by the tenant in close collaboration with Prologis’ team in Gothenburg—a job that is nearing completion.

The size of the building makes it possible to construct complete scenography as large as 20 by 20 meters and almost 9 meters high. This solves a huge logistical problem at an opera house with a full repertoire. Previously, scenery had to be built onstage, which is occupied six days a week by rehearsals and performances.

“It’s an enormous advantage,” says Jönsson. “Last week, we built parts of the scenery for the performance “Cavalleria Rusticana/Pagliacci” that was leased from Covent Garden. There was, among other things, a big revolving stage, 15 meters in diameter, that could be tested before it was built on the stage.” 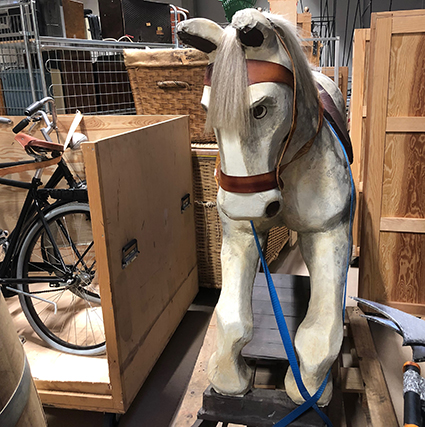 Even with all of this in place, development plans are still in the works. The crew is currently looking at creating space on the premises to rig a whole production with lighting for the touring shows. Something that would save a lot of time and improve safety if everything could be ready and tested beforehand.

“At the moment we’re also looking at acoustic improvements, a challenge in an open landscape of 9,000 square meters with a 12-meter ceiling height. And there is still a lot to be done. Perhaps it will never be completely developed,” says Jönsson with a smile.

Gothenburg Opera hopes to bring more culture to Torslanda with an additional 4,800 square meters, an increase of nearly 50 percent. Part of the space...

Renée Randau Cibuk began as an assistant at Prologis in 2015, and late last spring she seized an opportunity to join the property management team. Her...

Robert Wiström, Property Manager Nordics: New to Prologis, but a Veteran in the Industry

When Prologis acquired a large portfolio in the spring, comprised of 11 properties at close to 300,000 square meters, Robert Wiström transitioned with...

Read more Robert Wiström, Property Manager Nordics: New to Prologis, but a Veteran in the Industry